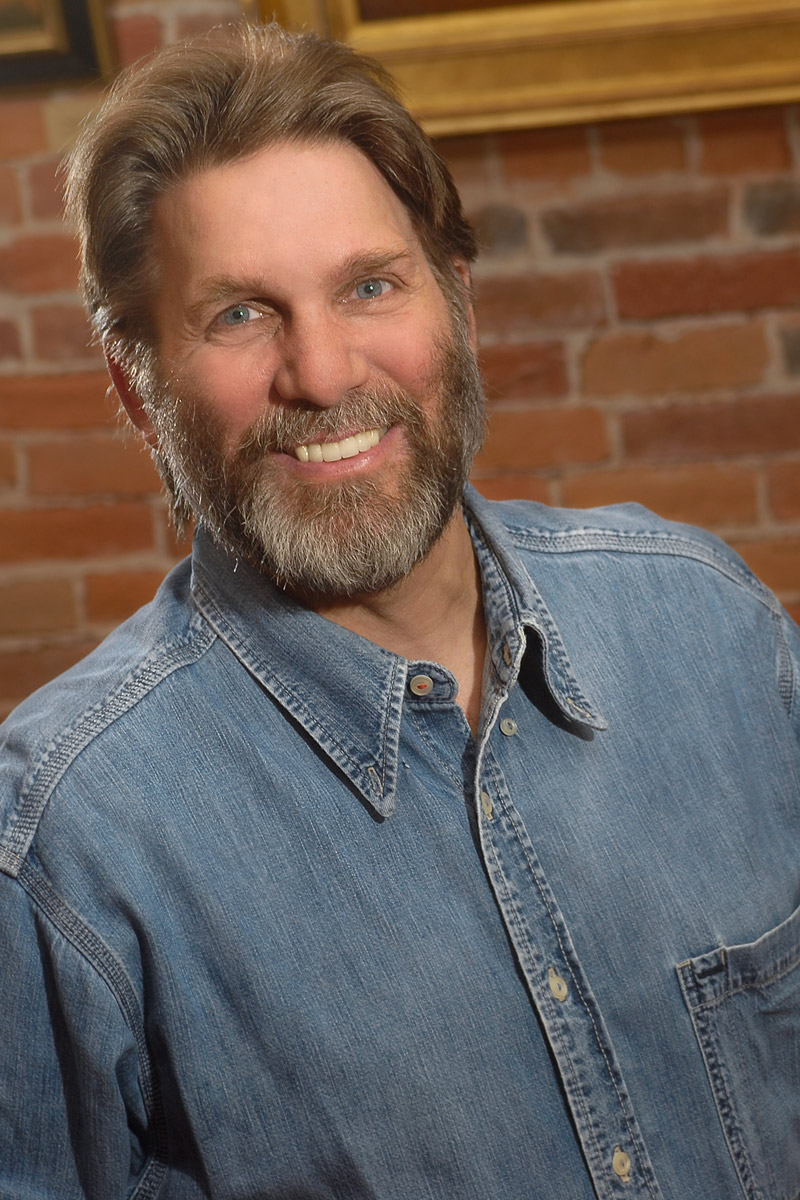 Glenn Gilmore achieves a balance in his metalwork that brings together elements unusual in such a demanding medium. His lines are bold and clean, yet delicate details often embellish his designs. The methods Glenn uses to join different components are often traditional joinery–rivets, collars, mortise and tenon–yet the works are decidedly contemporary. These methods not only provide an important part of the overall design, but add structural integrity to the work. Whatever the approach or size, whether forging a set of large gates or a small coat hook, he devotes the same attention to design and detail.

Glenn is well-known for his site-specific architectural metalwork for the interior and exterior of residences, earning commissions for private homes, galleries, and stores as far away as France, Italy, and Japan. Interior designers, architects, and individual clients have come to rely on his mastery of materials and methods to design and deliver the appropriate commissions for their environments. His ability to work with ferrous and non-ferrous metal, for example, using hot and cold forging techniques, allows him to bring great life to the material and work. “I want the piece to have enough body,” Glenn states, “so that it will stand on its own, yet not be lost or overwhelming. I enjoy hot forging the metal because it is a very direct process. When I want a desired form, I have to know where and how to hit the metal. With each hammer blow, it moves in the desired direction.” As a result of his ability to shape the metal, Glenn achieves a balanced relationship between mass, form, and function.

His unique fireplace screens and accessories transform an often overlooked area into a small gallery of art: a forest-scene fire screen frames the flames glowing atop beautifully crafted andirons and expertly designed hearth tools, which are as comfortable to use as they are attractive. Other original fire screen designs include a fleur-de-lis with repousse’ copper dog heads, and an oak leaf/acorn pattern. Glenn also creates driveway and garden gates, light fixtures, grills, and decorative fence work, as well as tables lamps, and fixtures for interiors. He considers himself fortunate to be able to do his own design work for commissions and original creations, a practice that allows him to create challenges that lead to continual growth and self-expression.

His command of metalworking results from 42 years of design and forging experience. This journey began with the humble horseshoe while he was working on ranches in New Mexico. There, Glenn grew excited by the idea of working with horses and studied horseshoeing and blacksmithing at Wolverine Farrier School. Later he studied with Francis Whitaker at the John C. Campbell Folk School in Brasstown, NC; he also earned a Creative Artist’s Grant from the Michigan Council for the Arts. His pursuit of excellence took him to Belgium and Germany, where he received a diploma in Forging and Metal Design from the International Teaching Center for Metal Design and, apprenticed with renowned Artist-Blacksmith Manfred Bredohl at the Vulkanschmiede Aachen. Upon returning to the United States, he opened a private studio and served as the Resident Blacksmith at the John C. Campbell Folk School in Brasstown, North Carolina.

Since the early 1980’s, Glenn’s work has been represented in juried and invitational shows in galleries and museums throughout the United States. He has been juried into prestigious organizations and exhibitions such as the Southern Highland Craft Guild in Asheville, NC, a one-man show at Brookfield Craft Center SoNo Gallery in Norwalk, CT, and the Western Design Conference in Jackson, WY, where he was awarded “Best Artist – Metal” in 2001, 2012, and 2013. At the annual NOMMA Glenn’s work was selected by his peers for a Bronze and Silver award in the Top Job Gallery for his site-specific fireplace doors. Glenn has shared his skill at workshops and seminars in Germany and the United States, including the Biennial Artist Blacksmith Association of North America (ABANA) International Conference and recently at the American Society of Interior Designers (ASID) Intermountain Chapter annual conference. He has been featured in numerous books and national publications, including, Big Sky Journal Home, Western Art & Architecture, Fine Homebuilding, Mountain Living, Robb Report, New Home, Furniture Today, Atlanta Homes and Lifestyles, American Craft, Carolina Architectural Design, Landscape Architect and Specifier News, Log and Timber Style, Anvils Ring, and Veranda.

Glenn has an eye for detail and a love of forging. Committed to the finished product, he devotes himself to his projects to ensure that each piece is as close to perfection as it can be. The results are truly one-of-a-kind. “It is hard work,” Glenn states, “and I put a great deal of attention into creating visually pleasing objects. It is a big part of my life, and I love doing it.”

In the summer of 2000 Glenn relocated his studio from the foothills of the Smokey Mountains in western North Carolina to the beautiful Bitterroot Valley in western Montana. In 2003 Gilmore purchased a 1600 square foot studio near Corvallis, Montana where he has inspiring views of both the Bitterroot and Sapphire Mountains through his studio windows. He continues to create exquisite work for clients throughout the United States. Some of our commissions over the past 15 years have been in Atlanta, Georgia, Greenwich, Connecticut, Jackson Hole, Wyoming at the Crescent H Ranch, Jackson Hole Golf and Tennis Club, Three Creek Ranch, Teton Village, and in Big Sky, Montana at The Yellowstone Club, Spanish Peaks, and Moonlight Basin. In 2015 Glenn completed projects in Lander, Wyoming, Cheshire, Connecticut, Lake of the Ozarks, Missouri, Jackson Hole, Wyoming and Whitefish, Montana.